A Blessing
May your home be filled with laughter and the warm embrace of a summer day.
May you find peacefulness and beauty, challenge and satisfaction, humor and insight, healing and renewal,
love and wisdom, as in a quite heart.
May you always feel that what you have is enough.
Author Unknown 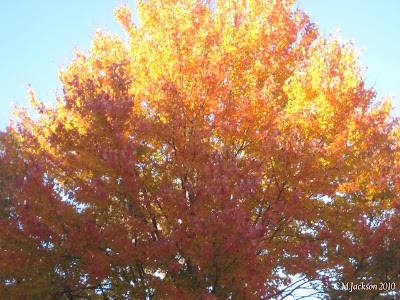 Best Wishes to all for a happy Thanksgiving!
Posted by C.M. Jackson 6 comments:

Email ThisBlogThis!Share to TwitterShare to FacebookShare to Pinterest
states of mine- faith, family, friendship, love 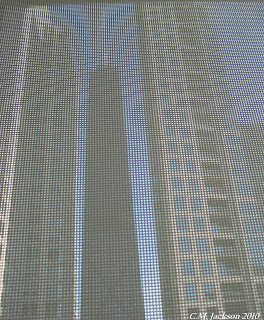 of the John Hancock Tower from the Sofitel Water Tower. This was my fifth or was it seventh visit to Chicago?  Hard to remember because Chicago is an annual business trip which means that I don't get to do much other than work....

With the exception of a trip eight years ago with my niece and best friend to visit American Girl and the tremendous museums the city has to offer, it is always been "fly in and fly out" within two days.
Due to the increased airfare for short term business travel this year (e.g $900.00 for two nights vs. $250.00 for a three night stay), I decided to stay and walk about for an afternoon and evening before I made my way back to O'Hare and home.
My first wish was to re-visit the Art Institute of Chicago and say "hello again" to the O"Keefe's there. However, as I got closer, I realized quite a bit had changed. Millenium Park, built over railyards and abandoned land, had been completed while I was flying in and out of Chicago over the last six years. Frank Gehry not only designed the concert pavillion but also a winding bridge that connects the park to another pavillion and the waterfront.

Chicago's motto "Urbs in Horto" (City in a Garden), evident in the numbers of trees and plantings throughout the city, continues with the thoughtful design of green space and public spaces throughout Millenium Park. 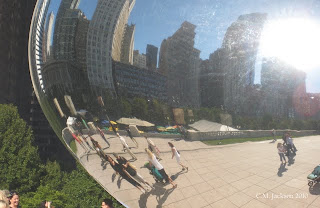 I can say I've been to the Bean! .... a curious and enormous stainless steel sculpture named "Cloud Gate" that looks like, yup, a bean. 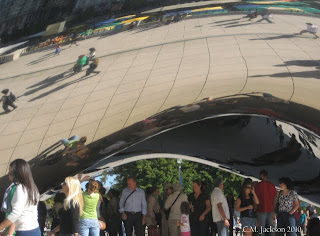 Great place to people watch as they gaze at their reflections and the city skyline reflected back at them.
Continuing on, I found Lurie Gardens and Gehry's walkway which I could probably spend days gazing at and photographing... 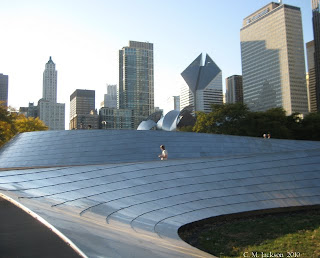 The Art Institute of Chicago, guarded by this fellow, 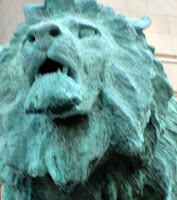 has added a new Modern Art wing since my last visit. So not only did I get to see Georgia's Sky above Clouds IV again, gaze at Van Goghs and some Hoppers but I also walked through the new wing and viewed a great selection of photography, paintings and sculpture. This museum is one of the great ones that should be on everyone's 'must see' list. 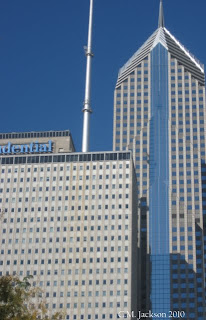 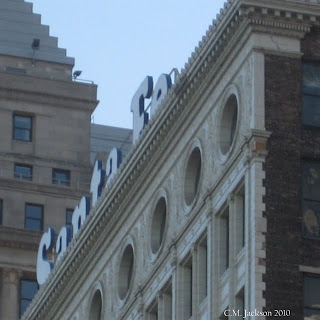 Chicago is an amazing and beautiful city. On my last night the streets and public places were abuzz with the upcoming marathon. I haven't even mentioned the architecture, the food, the neighborhoods, the river tour and the people that make it delightful and unique. Next visit. 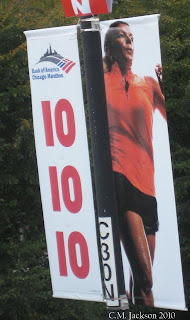 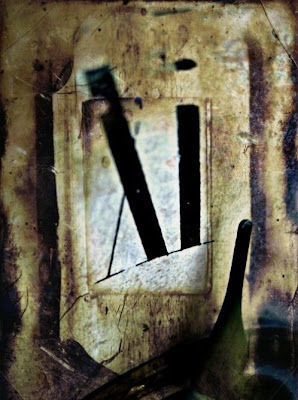 Autumn winds move clouds across an azure sky
Red, gold and amber leaves rustle at my feet
Swirling hoodoos of moments
Circling in my mind
I can hear winter whispering
Hello

Enjoy the musical interlude while I jump on a plane and fly west. California here I come! When I get back, I promise to tell you all about the places I've been and where I'm going. Peace and thanks for stopping by.
Posted by C.M. Jackson 9 comments: 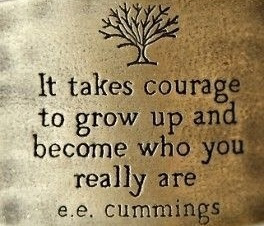 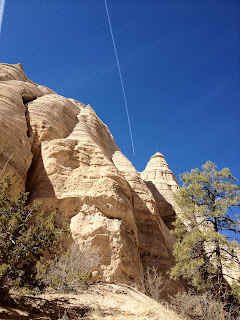 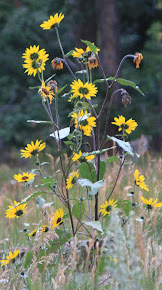 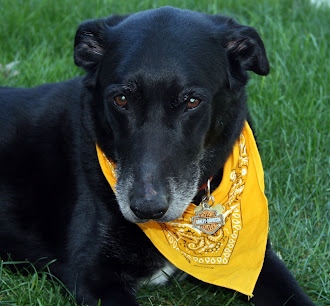 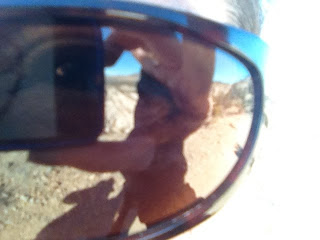